Digital Printing’s Rise to the Top 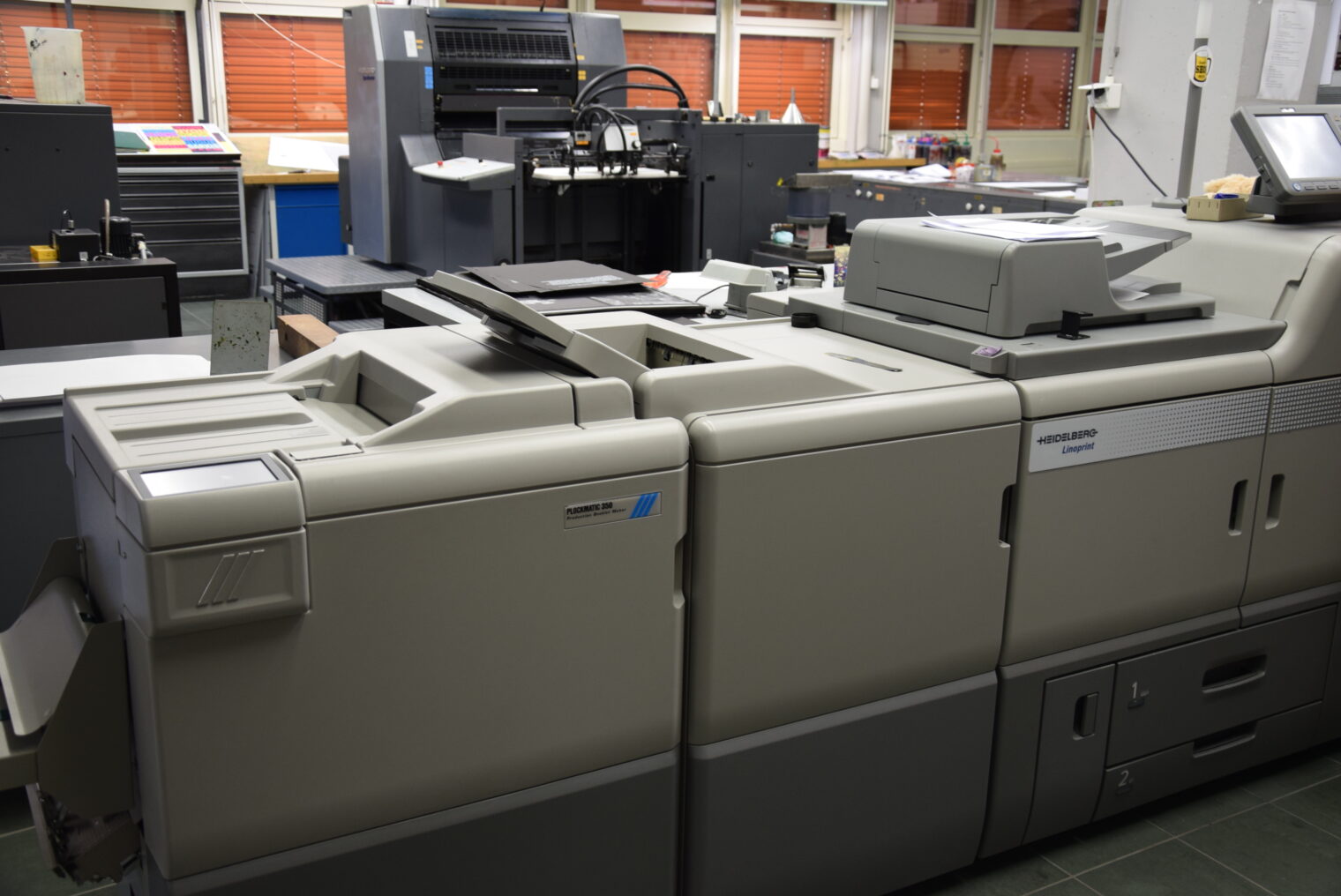 Digital Printing’s Rise to the Top

“What is digital printing?” is a frequently asked question here. “And isn’t everything printed these days digitally?” After all, it’s 2021 (nearly 2022) rather than 1920 – what isn’t digital?”

So, let’s start with the second question: Has digital technology completely supplanted printing? Actually, no – analog still rules the printing world, particularly commercial offset (due to its mass production capabilities). Considering how many books, newspapers, magazines, catalogs, and other materials are printed on offset presses, this comes as no surprise.

What is Digital Printing? 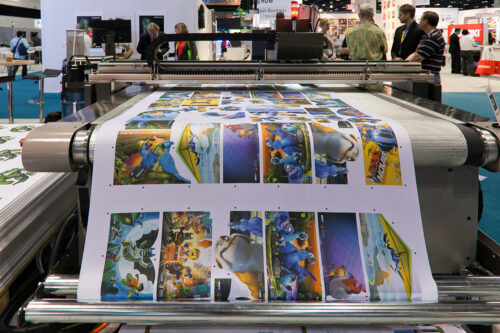 Digital printing has several advantages over traditional print methods, including:

Because none of the aforementioned plates are used, the entire printing process (particularly the setup/changeout) is sped up. And, of course, no plates need to be replaced, resulting in lower costs for the print provider and lower costs for the customer.

Each print can easily contain different information or be a different version with digital printing (also known as “versioned” or “variable printing”).

As previously stated, inkjet is the most common type of digital printing – if you have a desktop printer, it is almost certainly an inkjet printer. Without getting into the nitty-gritty of inkjet mechanics, the ink is jetted onto the paper, plastic, or another substrate without any of the printer’s “hard” components coming into contact with it.

First, some fundamentals: There are two primary ways to consider inkjet printing: a) the size and type of substrate or media that is being printed; and b) how that media is “fed” through the printer.

As inkjet technology advanced beyond desktops, some companies began to develop larger-sized units. These larger inkjet printers were initially designed as proofing devices. Because commercial analog presses are designed for extremely long runs, inkjet printers were created so that print shops could produce one-off “previews” (proofs) of what the final printed product would look like.

Eventually, those printers were used for actual finished products rather than just proofs. And here’s an interesting piece of inkjet history: Graham Nash, of Crosby, Stills, Nash & Young fame, was one of the early attempts to use inkjet for a final product. Nash, a photographer in his “spare time,” collaborated with Mac Holbert to launch Nash Editions and transform an Iris inkjet printer into a full-fledged fine art output machine. (By the way, that particular inkjet machine is now on display at the National Museum of American History in Washington, D.C.)

This and other innovations fueled an inkjet evolution that allowed for the printing of even larger-sized images and graphics. As these printers matured and became more common in the printing industry, they were dubbed wide-format or large-format printers (the terms are interchangeable). These printers are typically printed on paper, vinyl, or other substrates fed through on a large roll (“rolled”) or sheet-by-sheet (“sheetfed”). However, these machines were still primarily limited to thin media.

The flatbed printer is the next step in the evolution of a large-format inkjet. This breakthrough enabled the printing of thicker and more rigid substrates like corrugated plastics, fiberboard, aluminum, and even standard entry doors. The media or substrate remains stationary in this type of printer, while the printhead(s) (housed in a gantry) moves above, dispersing the ink. In addition, there are hybrid printers, which can print on either rolled or flat and rigid media.

Another important aspect to consider when considering digital inkjet printing is the type of ink used by the printer.

Solvents and light-solvents: In the “history” of inkjet, solvent inks came next. These inks adhere tenaciously to most media, making them extremely long-lasting and vibrant. However, solvents contain volatile organic compounds (VOCs), which are hazardous to one’s health and safety, and because their chemical odor lingers for a long time after printing, using solvents for indoor applications is not a viable option. Light solvents (also known as “eco-solvents”) were developed to address many of the drawbacks of solvents, including reducing solvent toxicity – they have a lower VOC content. Light solvents have largely replaced original solvents (now referred to as “true” or “hard” solvents) in the United States.

UV inks: These inks, which are dried (“cured”) by using UV light, are now the most commonly used ink for signage. They are capable of printing on virtually any media (including rigid substrates such as corrugated plastic and aluminum, as well as fiberboard, wood, and others), and they do not emit chemicals into the air when drying because they do not dry by evaporation. They are not as vibrant as solvent inks, but they are extremely durable, do not require laminating or protective clear coating, are weather-resistant, and are 99.5 percent VOC-free. Inks that can be cured by cooler UV LED lamps are gradually replacing inks that dry by standard UV light.

When producing rigid signs at PixelDiode, we use UV inks in conjunction with flatbed printers to produce everything from yard signs and A-frames to aluminum signage, cardstock posters, and even our giant checks. However, because UV inks are a “jack of all trades” when it comes to printing, we use them to print our window and floor decals, vinyl banners, and promotional magnets. As previously stated, UV inks are weather-, fade-and abrasion-resistant on all types of signage, ensuring that your message and graphics remain crisp and vibrant.

Latex inks – Adding latex particles to these aqueous-based pigmented inks gives them many of the benefits of solvents without the associated health and safety risks (no VOCs or hazardous air pollutants) or solvent odor. These fast-drying inks, like UV inks, can be used on a variety of media and substrates.

Dye-sublimation printing – We’ll devote an entire blog post to dye-sublimation printing in the future, but here’s a quick rundown: Dye-sub printing differs from other inkjet technologies in that it does not print directly onto the media or substrate. When dye-sublimation is used for fabric printing, such as with fabric banners, inks are printed onto transfer paper. Using a heat press, the design on the transfer paper is “sublimated” onto the receiving fabric – the design is actually embedded into the fabric. Because dye-sub inks are quite vibrant, the design retains its colorful appearance. Furthermore, because the inks become a part of the fabric, dye-sub products retain a soft feel or “hand” (which is critical if the product is, say, a shirt or scarf).

At PixelDiode, we use dye-sublimation printing on all of our fabric products, including banners, table covers, pop-up tents, advertising flags, and face masks and neck gaiters. We discovered dye-sublimation to be the ideal printing solution for any fabric because the technology produces signage that is not only vibrant but also long-lasting.

What about non-inkjet and non-ink digital printing methods? Yes, there are some that can produce large-size prints, but not many are used to produce traditional signage. Some machines, for example, use both dry and liquid toner (and toner-gel hybrids) for large-format and small-format output. One company even produced (since discontinued) a printer that used “solid ink” material, in which solid ink pellets were melted within the printer and then jetted out onto media.

Large-format photo printing – a photo printer digitally exposes and develops photographic prints onto photographic papers – is another alternative to inkjet. Images are created by exposing light-sensitive material to RGB laser light and then developing it chemically. Many consider this technology to be the highest-quality printing method available, and it is widely used in the fine-art and high-end advertising markets. Although most companies have since stopped producing these types of printers, PixelDiode has kept one of these machines and uses it to produce our posters.

Screen printing is, of course, the analog printing process that most people are familiar with, and it predated inkjet by a century or more. Screen printing, which is essentially a stenciling process that involves layering inks over mesh screens, is a very involved process that can have economic benefits at extremely high volumes, but it takes longer to turn around jobs, is not good for one-off production, and is generally less precise than digital printing.

The Long and Narrow

For the purposes of this blog, we have concentrated on digital printing’s large-format and signage applications; however, digital printing has also made inroads into the narrow-format market. Yes, non-digital printing still reigns supreme in newspapers, books, and magazines, but there are a plethora of other digitally printed products: business cards, counter cards, door hangers, labels, and much more. 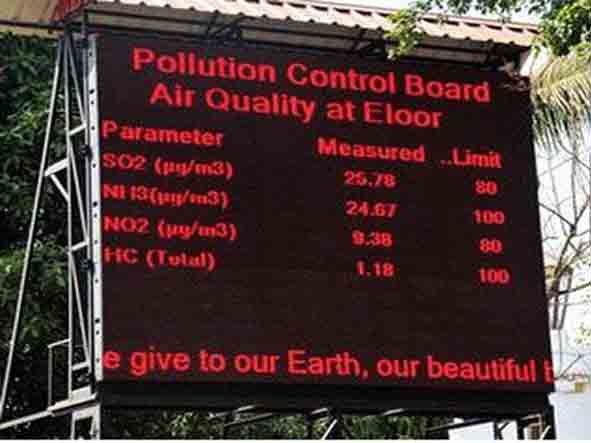 Grow 🪴 your business with PixelDiode led board operate with Mobile 📱 app. 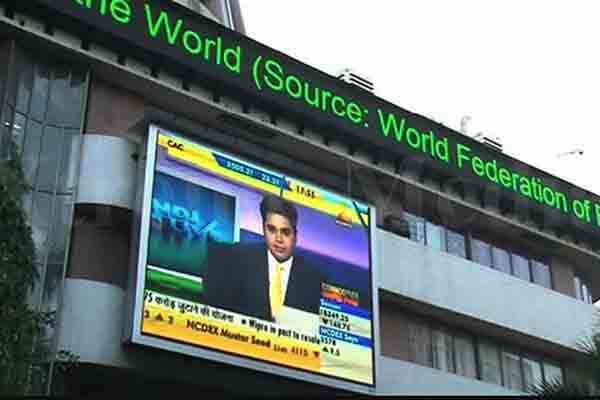 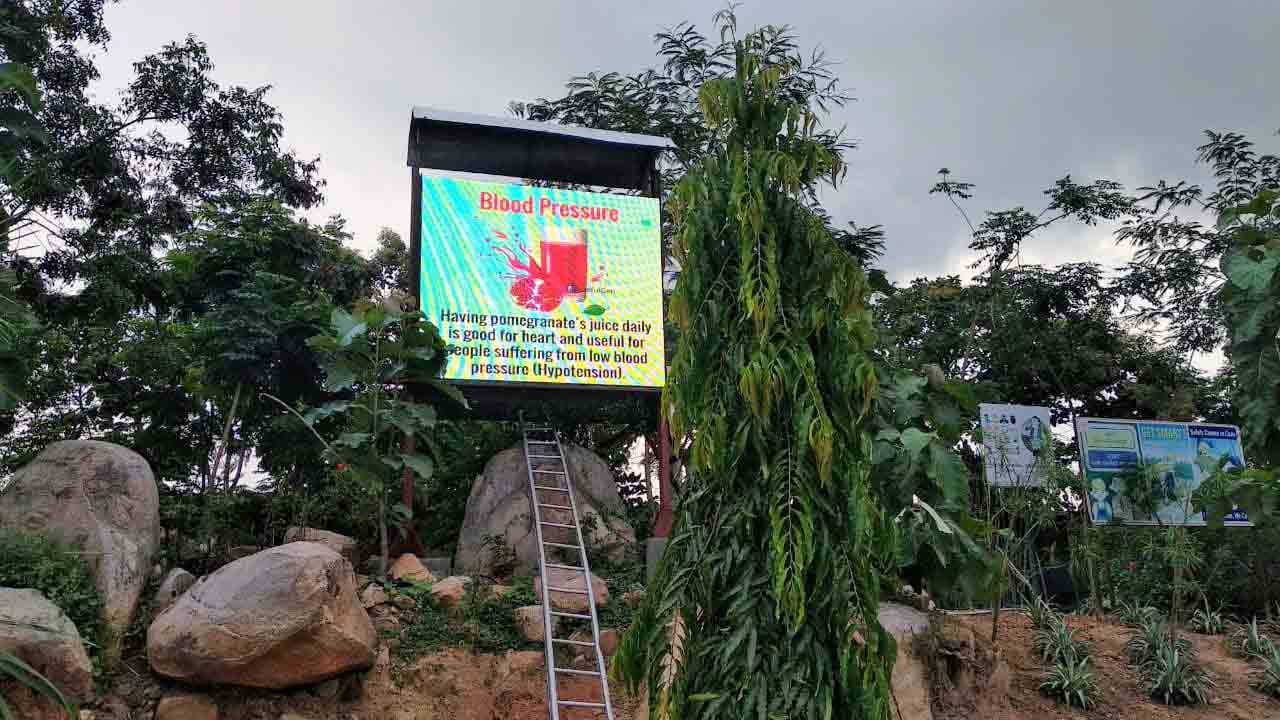 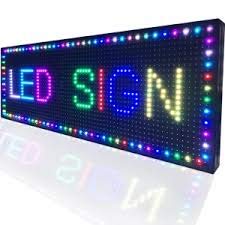 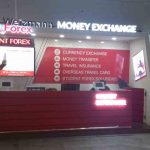 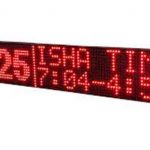 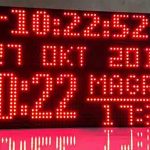 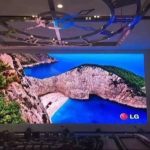 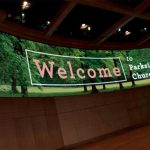 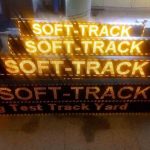